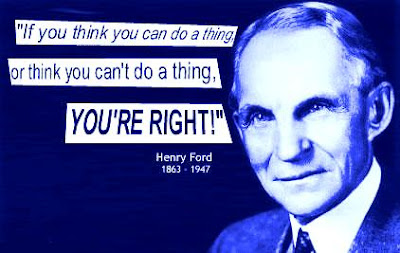 "People demand freedom of speech to make up for the freedom of thought which they avoid."
- Soren Aabye Kierkegaard (1813-1855)

"Only two things are infinite, the universe and human stupidity, and I'm not sure about the former."
- Albert Einstein (1879-1955)

"A lie gets halfway around the world before the truth has a chance to get its pants on."
- Sir Winston Churchill (1874-1965)

"I do not feel obliged to believe that the same God who has endowed us with sense, reason, and intellect has intended us to forgo their use."
- Galileo Galilei (1564-1642)

"We are all atheists about most of the gods humanity has ever believed in. Some of us just go one god further."
- Richard Dawkins (1941-)

"In theory, there is no difference between theory and practice. But in practice, there is."
- Yogi Berra

"Each problem that I solved became a rule which served afterwards to solve other problems."
- Rene Descartes (1596-1650)

"Nothing in the world is more dangerous than sincere ignorance and conscientious stupidity."
- Martin Luther King Jr. (1929-1968)

"The use of COBOL cripples the mind; its teaching should, therefore, be regarded as a criminal offense."
- Edsgar Dijkstra (1930-2002)

"C makes it easy to shoot yourself in the foot; C++ makes it harder, but when you do, it blows away your whole leg."
- Bjarne Stroustrup

"The power of accurate observation is frequently called cynicism by those who don't have it."
- George Bernard Shaw (1856-1950)

"Everybody pities the weak; jealousy you have to earn."
- Arnold Schwarzenegger (1947-)

"Against stupidity, the gods themselves contend in vain."
- Friedrich von Schiller (1759-1805)

"The difference between 'involvement' and 'commitment' is like an eggs-and-ham breakfast: the chicken was 'involved' - the pig was 'committed'."
- unknown

"Women might be able to fake orgasms. But men can fake a whole relationship."
- Sharon Stone

"Many wealthy people are little more than janitors of their possessions."
- Frank Lloyd Wright (1868-1959)

"I'm all in favor of keeping dangerous weapons out of the hands of fools. Let's start with typewriters."
- Frank Lloyd Wright (1868-1959)

"I am ready to meet my Maker. Whether my Maker is prepared for the great ordeal of meeting me is another matter."
- Sir Winston Churchill (1874-1965)

"When you do the common things in life in an uncommon way, you will command the attention of the world."
- George Washington Carver (1864-1943)

"I begin by taking. I shall find scholars later to demonstrate my perfect right."
- Frederick (II) the Great

"Blessed is the man, who having nothing to say, abstains from giving wordy evidence of the fact."
- George Eliot (1819-1880)

"Once you eliminate the impossible, whatever remains, no matter how improbable, must be the truth."
- Sherlock Holmes (by Sir Arthur Conan Doyle, 1859-1930)

"Black holes are where God divided by zero."
- Steven Wright

"We didn't lose the game; we just ran out of time."
- Vince Lombardi

"The optimist proclaims that we live in the best of all possible worlds, and the pessimist fears this is true."
- James Branch Cabell

"You can only find truth with logic if you have already found truth without it."
- Gilbert Keith Chesterton (1874-1936)

"I have come to believe that the whole world is an enigma, a harmless enigma that is made terrible by our own mad attempt to interpret it as though it had an underlying truth."
- Umberto Eco

"Be nice to people on your way up because you meet them on your way down."
- Jimmy Durante

"A people that values its privileges above its principles soon loses both."
- Dwight D. Eisenhower (1890-1969)

"The significant problems we face cannot be solved at the same level of thinking we were at when we created them."
- Albert Einstein (1879-1955)

"Basically, I no longer work for anything but the sensation I have while working."
- Albert Giacometti (sculptor)

"It is far better to grasp the Universe as it really is than to persist in delusion, however satisfying and reassuring."
- Carl Sagan (1934-1996)

"All truth passes through three stages. First, it is ridiculed. Second, it is violently opposed. Third, it is accepted as being self-evident."
- Arthur Schopenhauer (1788-1860)

"There is more stupidity than hydrogen in the universe, and it has a longer shelf life."
- Frank Zappa

"Life is pleasant. Death is peaceful. It's the transition that's troublesome."
- Isaac Asimov

"It is much more comfortable to be mad and know it, than to be sane and have one's doubts."
- G. B. Burgin

"Once is happenstance. Twice is coincidence. Three times is enemy action."
- Auric Goldfinger

"Argue for your limitations, and sure enough they're yours."
- Richard Bach

"The nice thing about being a celebrity is that if you bore people they think it's their fault."
- Henry Kissinger (1923-)

"Education is a progressive discovery of our own ignorance."
- Will Durant

"If everything seems under control, you're just not going fast enough."
- Mario Andretti

"I do not consider it an insult, but rather a compliment to be called an agnostic. I do not pretend to know where many ignorant men are sure -- that is all that agnosticism means."
- Clarence Darrow, Scopes trial, 1925.

"Obstacles are those frightful things you see when you take your eyes off your goal."
- Henry Ford (1863-1947)

"There are people in the world so hungry, that God cannot appear to them except in the form of bread."
- Mahatma Gandhi (1869-1948)

"The instinct of nearly all societies is to lock up anybody who is truly free. First, society begins by trying to beat you up. If this fails, they try to poison you. If this fails too, they finish by loading honors on your head."
- Jean Cocteau (1889-1963)

"Everyone is a genius at least once a year; a real genius has his original ideas closer together."
- Georg Lichtenberg (1742-1799)

"Where are we going, and why am I in this handbasket?"
- Bumper Sticker

"God, please save me from your followers!"
- Bumper Sticker

"Fill what's empty, empty what's full, and scratch where it itches."
- the Duchess of Windsor

"Luck is the residue of design."
- Branch Rickey - former owner of the Brooklyn Dodger Baseball Team

"Tragedy is when I cut my finger. Comedy is when you walk into an open sewer and die."
- Mel Brooks

"A narcissist is someone better looking than you are."
- Gore Vidal

"It has become appallingly obvious that our technology has exceeded our humanity."
- Albert Einstein (1879-1955)

"Sometimes when reading Goethe I have the paralyzing suspicion that he is trying to be funny."
- Guy Davenport

"When I am working on a problem I never think about beauty. I only think about how to solve the problem. But when I have finished, if the solution is not beautiful, I know it is wrong."
- Buckminster Fuller (1895-1983)

"In science one tries to tell people, in such a way as to be understood by everyone, something that no one ever knew before. But in poetry, it's the exact opposite."
- Paul Dirac (1902-1984)

"In any contest between power and patience, bet on patience."
- W.B. Prescott

"Anyone who considers arithmetical methods of producing random digits is, of course, in a state of sin."
- John von Neumann (1903-1957)

"The mistakes are all waiting to be made."
- chessmaster Savielly Grigorievitch Tartakower (1887-1956)

"One of the symptoms of an approaching nervous breakdown is the belief that one's work is terribly important."
- Bertrand Russell (1872-1970)

"I heard someone tried the monkeys-on-typewriters bit trying for the plays of W. Shakespeare, but all they got was the collected works of Francis Bacon."
- Bill Hirst

"A doctor can bury his mistakes but an architect can only advise his clients to plant vines."
- Frank Lloyd Wright (1868-1959)

"Logic is in the eye of the logician."
- Gloria Steinem

"From the moment I picked your book up until I laid it down I was convulsed with laughter. Some day I intend reading it."
- Groucho Marx (1895-1977)

"The nice thing about egotists is that they don't talk about other people."
- Lucille S. Harper

"You got to be careful if you don't know where you're going, because you might not get there."
- Yogi Berra

"University politics are vicious precisely because the stakes are so small."
- Henry Kissinger (1923-)