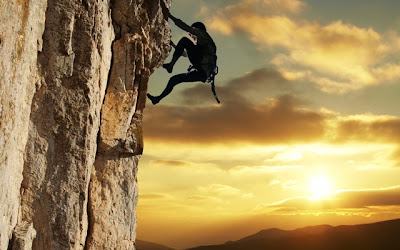 "The greatest use of life is to spend it on something that will outlast it."
- William James

"the naked truth is always better than the best-dressed lie."
- Ann Landers
"The internet is an audience of one, a million times over."
- Peter Guber
" Ignorance is not bliss – it’s oblivion."
- Philip Wilie
"If one is lucky, a solitary fantasy can totally transform one million realities."
-Maya Angelou
"We learn something every day, and lots of times it’s that what we learned the day before was wrong."
- Bill Vaughn
"Why wait to be memorable?"
- Anthony Robbins
"The impossible is often the untried."
- Jim Goodwin
"Education makes people easy to lead, but difficult to drive; easy to govern, but impossible to enslave."
- Henry Peter Brougham
"There is nothing like a dream to create the future."
- Victor Hugo
"The game of life is not so much in holding a good hand as in playing a poor hand well."
- H.T. Leslie
"I have a dream."
- Martin Luther King, Jr.
"Do not think of your faults, still less of others’ faults; look for what is good and strong, and try to imitate it."
- John Ruskin
"There is only one corner of the universe you can be certain of improving, and that’s your own self."
- Aldous Huxley
"A sacred thing is timely silence, and better than any speech."
- Plutarch
"Be bold. If you’re going to make an error, make a doozy, and don’t be afraid to hit the ball."
- Billie Jean King
"Take what you learn and make a difference with it."
- Unknown
"Lord, grant that I may always desire more than I can accomplish."
- Michelangelo
"Affluence, unboundedness, and abundance are our natural states. We need only to restore the memory of what we already know."
- Deepak Chopra
"One’s destination is never a place, but rather a new way of looking at things."
- Henry Miller
"That’s the way things come clear - all of a sudden. Then you realize how obvious they’ve been all along."
- Madeline L’Engle
"Only the inquiring mind solves problems."
- Edward Hodnett
"I think contentment the greatest wealth."
- George Shelley
"Everything that has a beginning has an ending. Make your peace with that and all will be well."
- Buddha
"The greatest test of courage on earth is to bear defeat without losing heart."
- Robert G. Ingersoll
"Follow the grain in your own wood."
- Howard Thurman
"Anything can happen, child. Anything can be."
- Shel Silverstein
"I’ll not listen to reason… Reason always means what someone else has got to say."
- Elizabeth Gaskell
"Out of intense complexities, intense implicities emerge."
- Winston Churchill
"It is not easy to find happiness in ourselves, and it is not possible to find it elsewhere."
- Agnes Repplier
"One must learn by doing the thing; though you think you know it, you have no certainty until you try."
- Sophocles
"Nothing strengthens the judgment and quickens the conscience like individual responsibility."
- Elizabeth Cady Stanton
"They sicken of the calm, those who knew the storm."
- Dorothy Parker
"Strive for perfection in everything you do… Accept nothing as nearly right or good enough."
- Sir Frederick Henry Royce
"Second only to freedom, learning is the most precious option on earth."
- Norman Cousins
"Many of us spend half our time wishing for things we could have if we didn’t spend half our time wishing."
- Alexander Woollcott
"We don’t see things as they are, we see them as we are."
- Anais Nin
"Be ashamed to die until you have won some victory for humanity."
- Horace Mann
"Emotion is created by motion."
- Unknown
"The only way of finding the limits of the possible is by going beyond them into the impossible."
- Arthur C. Clarke
"Our greatest glory is not never failing, but in rising every time we fail."
- Ralph Waldo Emerson
"The road to success is dotted with many tempting parking spaces."
- Will Rodgers
"Kind words can be short and easy to speak, but their echoes are truly endless."
- Mother Teresa
"The unexamined life is not worth living."
- Plato
"What do we live for if not to make life less difficult for each other."
- George Eliot
"We know what a person things not when they tell us what they are thinking, but by their actions."
- Isaac Bashevis Singer
"The greatest gift we can give one another is rapt attention to one another’s existence."
- Sue Atchley Ebaugh
"The universe if full of magical things patiently waiting for our wits to grow sharper."
- Eden Philpotts
"Nobody can dim the light which shines from within."
- Maya Angelo
"A true measure of your worth includes all the benefits others have gained from your success."
- Cullen Hightower
See also: