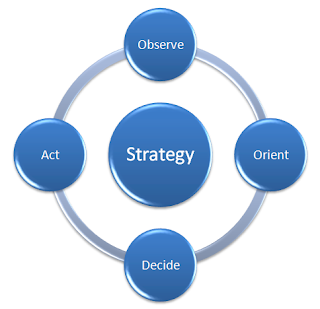 Big jobs usually go to the men who prove their ability to outgrow small ones.
Ralph Waldo Emerson

Leadership is practiced not so much in words as in attitude and action.
Harold S. Geneen

It is our choices that show what we truly are, far more than our abilities.
J.K. Rowling

Opportunity is missed by most people, because it is dressed in overalls and looks like work.
Thomas Edison

There's only one way to succeed in anything, and that is to give it everything.
Vince Lombardi

What we call failure is not the falling down, but the staying down.
Mary Pickford

The time is always right to do what is right.
Martin Luther King, Jr.

The heights by great men reached and kept were not attained by sudden flight, But they, while their companions slept, were toiling upward in the night."
Henry Wadsworth Longfellow

Success is often achieved by those who don't know that failure is inevitable.
Coco Chanel

There is real magic in enthusiasm. It spells the difference between mediocrity and accomplishment.
Norman Vincent Peale

The future belongs to those who believe in the beauty of their dreams.
Eleanor Roosevelt

It is not the strongest of the species that survive, nor the most intelligent, but the one most responsive to change.
Charles Darwin

You miss 100 percent of the shots you never take.
Wayne Gretzky

Optimism is the faith that leads to achievement. Nothing can be done without hope and confidence.
Helen Keller

The U.S. Constitution doesn't guarantee happiness, only the pursuit of it. You have to catch up with it yourself.
Benjamin Franklin

It is not the mountain we conquer, but ourselves.
Sir Edmund Hillary

Do what you can to do what you ought, and leave hoping and fearing alone.
Thomas Henry Huxley

If we wait until we've satisfied all the uncertainties, it may be too late.
Lee Iacocca

Time is limited, so I better wake up every morning fresh and know that I have just one chance to live this particular day right, and to string my days together into a life of action, and purpose.
Lance Armstrong

Tell me and I forget. Teach me and I remember. Involve me and I learn.
Benjamin Franklin

When we know our own strength, we shall the better know what to undertake with hopes of success.
John Locke

There's only one corner of the universe you can be certain of improving, and that's your own self.
Aldous Huxley

A brand for a company is like a reputation for a person. You earn reputation by trying to do hard things well.
Jeff Bezos

Nothing strengthens the judgment and quickens the conscience like individual responsibility.
Elizabeth Cady Stanton

Anything in life worth having is worth working for.
Andrew Carnegie

A problem is a chance for you to do your best.
Duke Ellington

Never look down to test the ground before taking your next step; only he who keeps his eye fixed on the far horizon will find his right road.
Dag Hammarskjold

Continuous effort -- not strength or intelligence -- is the key to unlocking our potential.
Sir Winston Churchill

We work to become, not to acquire.
Elbert Hubbard

Logic will get you from A to B. Imagination will take you everywhere.
Albert Einstein

What you do speaks so loudly that I cannot hear what you say.
Ralph Waldo Emerson

You have got to discover you, what you do, and trust it.
Barbra Streisand

The man who goes farthest is generally the one who is willing to do and dare.
Dale Carnegie

We like to acquire our competitors one customer at a time.
Michael Dell

Victory belongs to the most persevering.
Napoleon Bonaparte

The one unchangeable certainty is that nothing is certain or unchangeable.
John F. Kennedy

To be a champ you have to believe in yourself when no one else will.
"Sugar" Ray Robinson

Experience is the name everyone gives to their mistakes.
Oscar Wilde

There is no substitute for hard work.
Thomas Edison

If you'll not settle for anything less than your best, you will be amazed at what you can accomplish in your lives.
Vince Lombardi

Knowing when to keep your mouth shut is invariably more important than opening it at the right time.
Malcolm Forbes

God sells us all things at the price of labor.
Leonardo da Vinci

I know the price of success: dedication, hard work and an unremitting devotion to the things you want to see happen.
Frank Lloyd Wright

Achievement is largely the product of steadily raising one's level of aspiration and expectation.
Jack Nicklaus

Example is not the main thing in influencing others. It is the only thing.
Albert Schweitzer

What you think of yourself is much more important than what others think of you.
Lucius Annaeus Seneca

You can't build a reputation on what you are going to do.
Henry Ford

Start by doing what is necessary, then do what is possible, and suddenly you are doing the impossible.
St. Francis of Assisi

Talent is cheaper than table salt. What separates the talented individual from the successful one is a lot of hard work.
Stephen King

Success is not an entitlement. It has to be earned.
Howard Schultz

Men are alike in their promises. It is only in their deeds that they differ.
John Baptiste Moliére

If you want something done, ask a busy person to do it. The more things you do, the more you can do.
Lucille Ball

A fellow doesn't last long on what he has done. He has to keep on delivering.
Carl Hubbell

A stumbling block to the pessimist is a stepping stone to the optimist.
Eleanor Roosevelt

We are what we repeatedly do.
Aristotle

The will to win is important, but the will to prepare is vital.
Joe Paterno

Do or do not, there is no try.
Yoda

Small opportunities are often the beginning of great enterprises.
Demosthenes

Failure is impossible.
Susan B. Anthony

Attitude is a little thing that makes a big difference.
Sir Winston Churchill

The important thing is not to stop questioning.
Albert Einstein

You cannot be really first-rate at your work if work is all you are.
Anna Quindlen

Courage is not the absence of fear, but the capacity to act despite our fears.
John McCain

Great things are not something accidental, but must certainly be willed.
Vincent van Gogh

In the end, an organization is nothing more than the collective capacity of its people to create value.
Lou Gerstner

It is the nature of man to rise to greatness if greatness is expected of him.
John Steinbeck

In order to be irreplaceable one must always be different.
Coco Chanel

Not all horses were born equal. A few were born to win.
Mark Twain

Go out and make yourself useful.
Peter Drucker

I don't know the key to success, but the key to failure is trying to please everybody.
Bill Cosby

Our doubts are traitors, and make us lose the good we oft might win, by fearing to attempt.
William Shakespeare

It's hard to beat a person who never gives up.
Babe Ruth

The big rewards come to those who travel the second, undemanded mile.
Bruce Barton

It is amazing what can be accomplished when nobody cares about who gets the credit.
Robert Yates

The price of greatness is responsibility.
Sir Winston Churchill

The starting point of all achievement is desire.
Napoleon Hill

The art of life lies in a constant readjustment to our surroundings.
Okakura Kakuzo

Deal with the world the way it is, not the way you wish it was.
John Chambers

Only those who will risk going too far can possibly find out how far one can go.
T.S. Eliot

Believe in the best... have a goal for the best, never be satisfied with less than your best, try your best, and in the long run things will turn out for the best.
Henry Ford

It does not matter how slowly you go, so long as you do not stop.
Confucius

If you don't risk anything, you risk even more.
Erica Jong

The one sure way to success is to know everything you can about what you do.
Donald Trump

Good business leaders create a vision, articulate the vision, passionately own the vision, and relentlessly drive it to completion.
Jack Welch

Man must cease attributing his problems to his environment, and learn again to exercise his will and his personal responsibility.
Albert Schweitzer